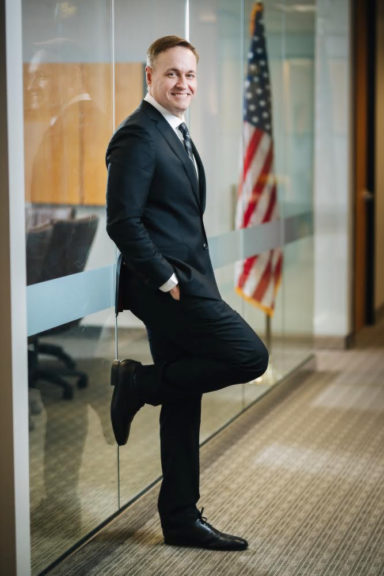 Aaron A. Herbert is a Texas attorney, Board Certified in Personal Injury Trial Law by the Texas Board of Legal Specialization.

For over a decade he has shown an unwavering commitment to clients who were seriously injured by major accidents and industrial catastrophes. During that time he has earned the reputation as one of America’s most aggressive Dallas personal injury lawyers by achieving noteworthy recoveries from judges and juries, as well as substantial settlements prior to trial, the majority of which contained negotiated confidentiality agreements at the request of the defense.

When asked about these cases, Mr. Herbert has said that each case not only justified the recovery level, but that no one would trade places with any one of these victims in return for any amount of money, once they know the facts and severity of the injuries and tragedy involved.

According to Mr. Herbert, “there can be no substitute for passion, preparation and persistence in the practice of law”. He is known not only for this tenacious preparation, but also for his imagination in the courtroom. He is passionate and persistent in seeking to obtain the maximum case value for each individual client at trial or through settlement, while reducing the stress of litigation on his clients.

Born and raised in Dallas, Texas, Mr. Herbert enlisted in the United States Marine Corps after high school and later received an Honorable Discharge. After the Marines, he obtained a Bachelor of Science in Criminal Justice from Texas A&M University, then a Juris Doctorate from the University of Oklahoma College of Law. There he graduated in the top of his class and became an eternal Sooners Football fan. Aaron has worked as a zealous advocate for injured clients at several boutique personal injury litigation firms where he amassed numerous jury verdicts.

In 2010 he formed the Law Firm of Aaron A. Herbert, to get back to a focus on developing each individual case and maximizing case value for each client. Mr. Herbert practices law with the belief that a well taken care of, highly engaged and motivated team of employees working in a cooperative team environment will result in superior representation and great results for clients in Dallas. As a certified personal injury attorney, he believes in always setting a goal of achieving the best possible results for each and every client.

“Second time having Attorney Herbert represent me in an auto accident. I am very satisfied with his service and the firm staff was extremely professional. I highly recommend this law firm.” – Christine Silva