What Are Common Causes of Scaffolding Accidents?

Scaffolds are common settings for serious and deadly accidents in the construction industry. Although scaffolding is necessary at many construction sites, it can prove highly dangerous for workers and bystanders. In 2017, falls were the leading cause of construction worker fatal injuries, according to the Occupation Safety and Health Administration (OSHA). The third most frequently cited OSHA standard violated in 2017 was scaffolding that failed to meet general requirements. Learning the most common causes of scaffolding accidents could help you prevent these tragedies. 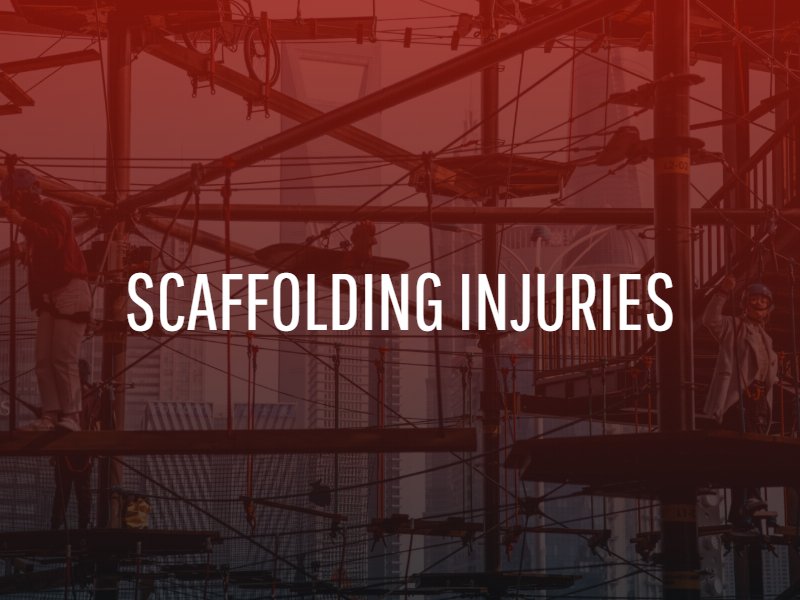 What Are the Main Causes of Deaths and Injuries on Scaffolds?

Scaffolds are necessary to allow construction workers to reach upper levels of buildings, store tools and materials, and have a stable working surface. It is up to the construction team to construct reasonably safe and stable scaffolds. The employer must train workers in putting together scaffolding and scaffolds according to OSHA’s regulations and industry best practices. Human error is the leading cause of scaffold-related deaths and injuries.

Identifying the cause of a scaffold accident, injury or death could point to someone else’s liability for damages. If an individual or company negligently contributed to the accident, that party could be financially responsible for a victim’s losses. Defendants in scaffold accident claims can include construction companies, employers, product manufacturers, contractors and property owners.

How Can a Scaffolding Accident Be Prevented?

In one Bureau of Labor Statistics study, almost three-fourths (72%) of employees injured in scaffold accidents stated their injuries occurred due to planking giving away, slip and fall accidents, or falling objects. These are all preventable hazards with due care and attention to detail in the workplace. If every construction site supervisor and worker obeyed safety regulations and worked with caution, far fewer scaffolding accidents would occur. Reducing human error would save lives in the construction industry.

Safety regulations are in place for a reason. An employer should never encourage workers to cut corners or skip steps during scaffolding construction to save time or money. Workers should obey all scaffold-related rules in their construction and usage. Doing the responsible thing by obeying OSHA standards and workplace safety protocols could prevent scaffolding disasters. If a scaffold accident does cause injuries or deaths, victims or loved ones may bring civil claims against one or more parties for negligently causing or failing to prevent the catastrophe. A construction accident lawyer can help plaintiffs with these claims in Texas.

Work zones are highly dangerous environments for drivers and workers alike. The state relies on roadside construction work to improve its roads, but this is one of the most dangerous jobs in Texas. In 2018, 25,162 work zone traffic accidents in Texas took 161 lives and caused 684 serious injuries. Most people killed (84%) were drivers and their passengers. As a driver passing through work zones in Texas, it is critical to understand and obey the state’s work-zone laws. Otherwise, you could cause a serious accident.

If a construction company has put up temporary speed limit signs, they take precedence over previous speed limits in the area. As a driver, you must obey the temporary speed limit signs posted in the work zone, even if the speed is much lower than what it usually is on the road or highway. Most work zones also have signs explaining that the police will double the fines for speeding in these areas to discourage this dangerous practice. Work zone speeding tickets in Texas can cost up to $1,000 when workers are present.

The Texas Department of Transportation (TxDOT) says speeding is one of the top causes of work zone crashes throughout the state. It has established a 65-mile-per-hour speed limit within one mile of construction zones along State Highway 130. Speeding can make it impossible to stop in time to prevent colliding with barriers, work vehicles or workers. Always reduce your speed to within the posted limit and according to what is safe for driving conditions while in a work zone.

Texas has a Move Over/Slow Down Law that applies to TxDOT workers as well as emergency vehicles as of September 1st, 2013. This law requires all drivers to either move a lane over or reduce their speeds when approaching roadway construction zones, TxDOT workers, and all vehicles stopped by the road with flashing blue or amber lights. If you see TxDOT workers on the side of the road, you must move a lane over or slow down to 20 miles per hour below the posted speed limit. On roads with speed limits of 25 or less, reduce your speed to 5 miles per hour. Violating the state’s Move Over Law in a work zone could lead to a fine of up to $2,000.

Many work zones organize detours around the part of the road being worked on. Like work zone speed limits, these detours take superiority over any preexisting roadway signs, road paint or markings. You must follow detour signs and barriers carefully when passing through work zones in Texas. Ignoring detour signs could lead to you driving dangerously close to an active work zone or workers doing their jobs. Reduce your speed, pay attention and prepare to use a detour to safely navigate through or around a work zone.

Aside from speeding, driver inattention is the leading cause of work zone crashes in Texas. Driver distraction and inattention can lead to drivers missing detours, ignoring speed limits, tailgating, causing accidents and striking workers. As a driver, it is imperative to obey Texas’ distracted driving laws. The state’s cellphone ordinance makes it illegal to text and drive. No driver may send or receive electronic messages using handheld cellphones. Drivers under the age of 18 cannot use cellphones for any reason. Local cities may have additional driver distraction laws to follow as well. To learn about Texas’ distracted driving laws and accidents, speak to a distracted driver accident attorney in Dallas.

Distracted driving causes thousands of car accidents, deaths and injuries per year in the U.S. Work zones are highly dangerous places to engage in things that may distract you, such as cellphones, food, drinks, passengers, radios and maps. Work zones require total vigilance to safely navigate through unusual twists and turns. Always dedicate 100% of your attention to the road, especially in confusing work zones when workers are present. Put your phone away and pay attention to the road in work zones to help prevent deadly auto accidents.

What are Common Problems Survivors of Catastrophic Accidents Experience?

Negligence is a common factor that contributes to catastrophic accidents – whether a person drove while using a cell phone, drank on the job, or failed to maintain his or her property. When this happens, the party who caused the damage can be taken to court and sued for outstanding expenses. However, Texas law also accounts for extenuating circumstances, such as loss of companionship or the inability to continue pursuing a career.

The following is a brief overview of the common problems survivors of catastrophic accidents face. If you have more questions or concerns about an injury you have received, contact an experienced legal professional in your area for more information.

The Common Causes of Catastrophic Accidents

Catastrophic cases are legally complex by their nature. Several negligent parties may be responsible, from a shift manager to his or her employer, a product manufacturer, or the distributer. This is further complicated when several insurers enter the mix. Victims of major accidents are routinely offered settlements, but failing to scrutinize the terms of these agreements can leave victims with expensive bills that accrue over their lifetime – which the person or organization responsible for the damages does not pay.

Work with a Dallas, Texas, attorney specializing in personal injury law for more information. The team at Aaron Herbert is ready to represent your claim, so contact us for a consultation. We get to the bottom of who is at fault for harming our clients, and we tirelessly explore the full extent of how catastrophic accidents affect these victims over the course of their lives. 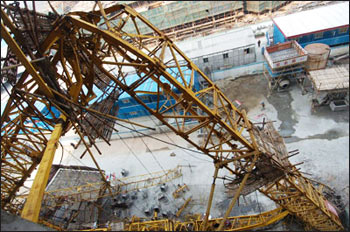 Crane collapses and other construction accidents involving cranes can be devastating for workers on a construction project as well as for pedestrians and bystanders. When crane accidents occur due to negligence, board certified personal injury attorney Aaron A. Herbert and the team of experienced Dallas construction crane accident attorneys at our firm will step in to hold negligent workers, contractors and property owners responsible and obtain compensation for injured workers and their families.

Nearly twenty-five percent of construction fatalities are attributable to crane accidents. Advances in technology in the last twenty years has made construction cranes capable of moving faster, extending farther and carrying greater loads, so concerns regarding construction crane safety are more serious than ever before. All workers at a construction site and others in the vicinity are at risk of serious injury or death while a crane is in operation, particularly if a load becomes unbalanced while it is being lifted, or in the event of a crane collapse.

Crane accidents occur when careful attention is not paid by the crane operator, other workers on the site, or those in charge of planning and executing the operation in question. Crane accidents are often attributed to the following circumstances:

Texas board certified personal injury attorney Aaron A. Herbert and our team of highly accomplished and experienced Dallas Construction Crane Accident Attorneys have extensive experience and a proven record of results in cases involving life-changing personal injury. We can sit down with you and discuss your options for seeking maximum compensation for the harm you or your loved one has suffered due to an the negligent operation of a construction crane or other construction accidents. Call us now for a no-cost consultation. We will fight to protect your rights, and we give you the personal attention your construction accident case deserves. Time to file is limited, so contact us now.

Posted by Aaron Herbert at 9:15 pm