The Rise in Roadway Fatalities in Texas During COVID-19

One of the biggest changes COVID-19 brought to Texas was stay-at-home orders. Many cities enacted mandates requiring residents to stay at home except for essential activities. As a result, traffic volume on some of Texas’ busiest streets drastically decreased. Law enforcement officers assumed this would correspondingly decrease the number of fatal car accidents. Unfortunately, it did not.

Death Rate in Texas Stays High Despite Decrease in Traffic

In theory, a dramatic dip in the number of cars on the road should lead to the same type of drop in the number of fatalities from traffic accidents. Yet in Texas and many other states around the country, this was not the case during COVID-19 lockdowns. According to the most recent updates by the Texas Department of Transportation, the month of March 2020 saw 241 traffic accident fatalities. This was a decline of only 21% from March of 2019. This death rate is alarming since there was about half the number of cars on the road in March 2020 compared to 2019. The death rate should have also been cut in half, yet this was not the case.

What Is Causing Fatal Car Accidents During COVID-19?

The explanation for the high number of deaths on the roads in Texas during a stay-at-home order is simple: drivers are being more reckless on emptier roads. A Facebook update from Ed Gonzalez, Sheriff of Harris County, stated that many of the fatal accidents during COVID-19 lockdown orders were during nonessential trips. Furthermore, he said that most of the deadly collisions involved reckless driving behaviors, such as speeding. Reports from around the country reiterate Sherriff Gonzalez’s sentiments, finding that most fatal accidents during stay-at-home orders occurred due to one or both drivers’ reckless actions behind the wheel.

Reckless drivers appear to be taking advantage of less traffic on the roads in Texas during COVID-19. They are speeding, racing and breaking other roadway laws, either with the belief that it is safe to do so due to less traffic or that they will not get caught due to fewer police officers on patrol. Breaking roadway laws, however, is just as dangerous as it was before the pandemic. Reckless drivers are the reason crash rates remain high despite fewer people being on the road. 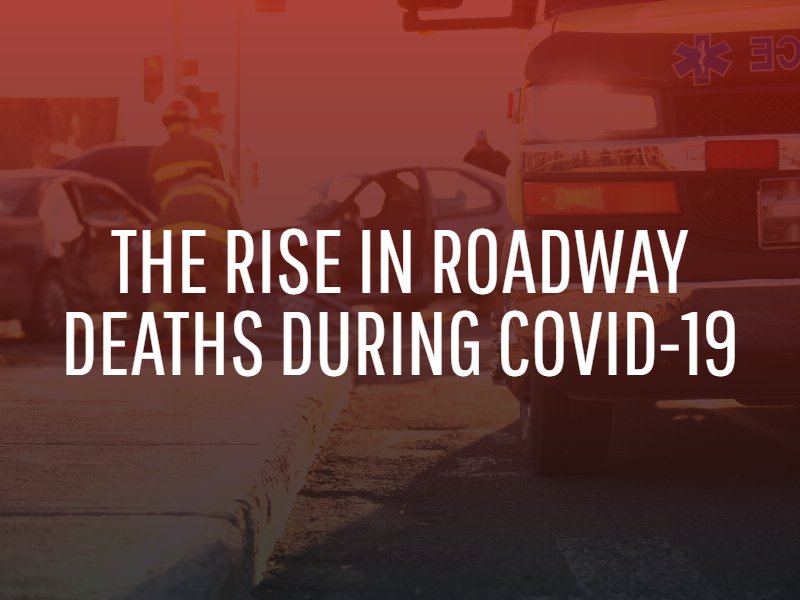 Pedestrians Are Especially at Risk in Texas

Pedestrians may be more at risk than others for fatal collisions during the COVID-19 pandemic due to driver inattention. Drivers may be paying less attention to the roads because of a decreased risk of encountering other drivers. There has also been an increase in the number of pedestrians walking, jogging and running in Texas during the pandemic. Gym closures due to COVID-19 have led to many people getting out and exercising on their own, in the streets.

Do your best to avoid an accident by always paying attention when driving or walking around Texas. Obey traffic laws, including speed limits, even if you appear to be the only one on the road. Look both ways before turning, entering an intersection or crossing the road. If you get into an auto accident during the COVID-19 pandemic, contact a Texas car accident lawyer for a consultation about your legal options.