What Happens If a Self-Driving Car Hits a Pedestrian?

Posted in Pedestrian Accidents on May 8, 2020 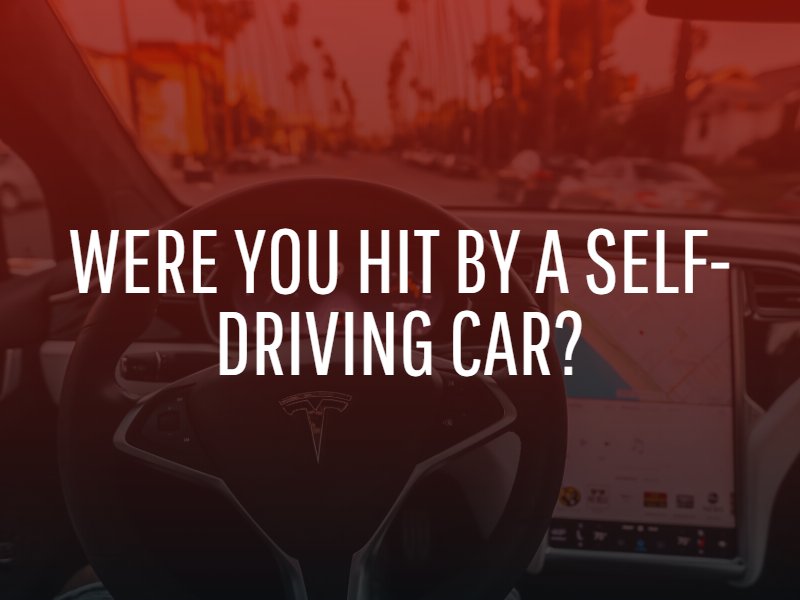 Texas’ product liability statute states that a manufacturer could be legally responsible for a dangerously designed, manufactured or marketed product if that product causes a consumer injury. Self-driving vehicles are no exceptions. If a self-driving car contains a defect that causes the vehicle to hit a pedestrian, the manufacturer of the vehicle and/or self-driving technology could be liable for the pedestrian’s damages. The plaintiff in this type of case, however, will have the burden to prove by a preponderance of the evidence that the vehicle contained a defect and that this defect was the producing cause of the injury or damage claimed.

In the first pedestrian death involving a self-driving vehicle, the death of Elaine Herzberg in Tempe, the Uber vehicle failed to detect the pedestrian, who was walking her bicycle across the road. The vehicle did not stop or alert the human supervisor as to the pedestrian’s presence. Uber immediately suspended its tests in Arizona after the fatal accident, and Herzberg’s family filed a lawsuit against Uber for allegedly causing the death through equipment failure. Uber reached a nondisclosed settlement with the family shortly after the crash.

When a self-driving car causes an accident, including one involving a pedestrian or bicyclist, multiple parties will investigate: the local police, insurance companies, lawyers and the manufacturer of the self-driving vehicle. Investigations will seek to determine the actual and proximate cause of the collision, such as a software glitch or product defect. The cause of the crash will then point to the identity of the defendant(s).

The injured pedestrian or surviving family members of a deceased victim may be able to bring injury claims against one or more defendants for causing or failing to prevent a self-driving car accident in Texas. Multiple parties could be at fault depending on the details of the accident. The software company might be partially to blame for the failure to detect the pedestrian, for example, while the backup driver might also bear fault for not paying attention to the road or hitting the brakes on time. A plaintiff should hire a car accident lawyer in Dallas after a self-driving vehicle strikes a pedestrian for professional representation during this complicated type of lawsuit.