Obeying Texas’ seat belt and booster seat laws is more than just a legal matter. It can mean life or death if you get into an accident. Children are especially vulnerable to serious personal injuries in auto accidents, making it important to always follow the state’s car seat and booster seat laws. Get the details on the state’s most recent laws to keep yourself and others safe while traveling through Texas.

Lack of seat belt wearing is a major issue in the U.S. Out of all children ages 12 years old and younger who died in car accidents in 2017, 35% were not using safety restraint devices. In 2017, about 675 children died and 116,000 suffered serious injuries in motor vehicle accidents. The Texas Department of Transportation finds that seat belts can improve the odds of survival in a car accident by 50% for front-seat passengers. Combined with airbags, wearing a seat belt is the most effective way to reduce serious injuries and fatalities in car accidents.

Car accidents are one of the top leading causes of death for those under 54 in the U.S. In 2017, 23,714 vehicle occupants lost their lives in motor vehicle accidents in the U.S. If everyone in these accidents had been wearing seat belts, thousands likely would have survived. Seat belts prevented an estimated 15,000 deaths in 2016. Although airbags are also important for preventing injuries, they are not substitutes for seat belts.

It is against the law in Texas to operate or ride in a motor vehicle without using a safety belt. All drivers and their passengers, of all ages, must wear seat belts. A safety belt violation could cost the driver $25 to $250 in fines, on top of additional court costs. An adult driver will be vicariously responsible for any minors not wearing seat belts or using car seats in the vehicle. 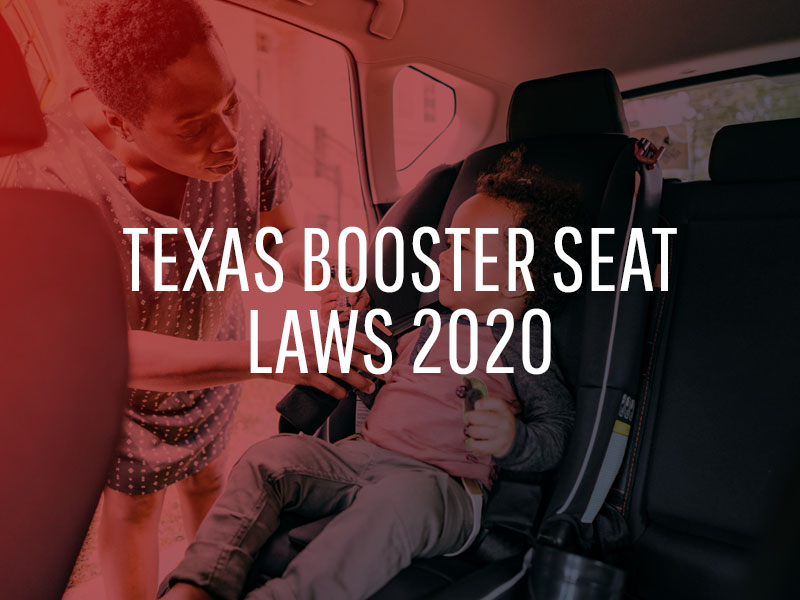 Section 545-412 of the Texas Transportation Code makes it an offense to operate a motor vehicle while transporting a child under eight years old unless that child is in a passenger safety seat system or the child is taller than 4’9.” The fines for breaking Texas’ child seat law is $25 to $250, plus a misdemeanor charge. The rule does not apply to vehicles for hire, such as taxis, as well as if the driver was operating the vehicle in an emergency.

Which Child Safety Seat Should You Use?

Auto manufacturers design seat belts for adult passengers, not for children. The lap and shoulder belts of a safety harness will not fit correctly over a small child. Instead, you must use an appropriate child restraint system to properly protect your child from injuries until he or she is old enough to use a seat belt.

Children over 8 years old should always wear seat belts and should remain in the back seat until at least age 13. Sitting in the front seat could put a young child at risk of serious injuries from the force of airbag deployment in an accident. Failing to properly secure a child in the appropriate safety seat could lead to a fine in Texas. It could also contribute to serious, life-threatening injuries for the unsecured child in an accident. The best way to keep yourself and your passengers safe is to buckle up.